DDoS Attacks Will Reach 17 Million in 2020. Are You Prepared? 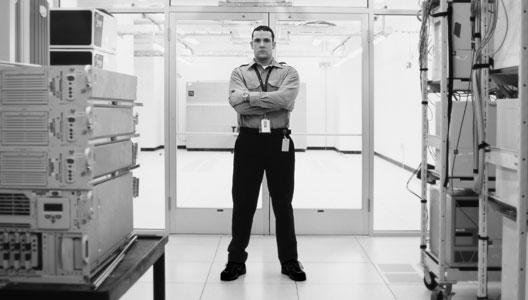 Statistics have proven time and time again that no business is safe from cybercriminals. Even during the COVID-19 pandemic, hackers are using the crisis as an opportunity to attack critical infrastructure. And when a growing number of companies are targeted multiple times and overall volumes of massive attacks surge, it is troubling that a large percentage of companies still don’t believe DDoS attacks will impact them. For instance, a quarter of businesses that have suffered a recent distributed denial of service incident believe they were an accidental victim, and that the DDoS attack wasn’t intended for them in the first place.

Whether or not you believe your company was the intended target, being the victim of a DDoS attack disrupts your business nonetheless. Even if your business is only “collateral damage,” you should still protect your systems.

When it comes to protecting critical data and keeping systems up and running, there is simply no room for denial. Particularly when you consider the cost of a DDoS attack averages between $20,000-$40,000 per hour. Given that in Q1 of 2019, attacks exceeding 100Gbps grew by 967% compared to the same period of 2018, 2020 is very likely to set new records.

And although sectors such as financial rated as some of the top industries to be attacked in 2019 — Akamai observed more than 800 DDoS attacks against the financial industry (a number that represents more than 40 percent of all unique DDoS targets they observed during that time) — really, no industry is safer than the other. Cybercriminals aim at lower-risk verticals with the awareness that they will have less security in place. For example, when a cybercriminal sees Education ranking as the lowest of all verticals on cybersecurity, it’s an invitation for an attack.

Organizations must be prepared to take responsibility for their cybersecurity. Still, a surprising number of businesses are guilty of cyber-complacency, with 28% of organizations admitting that they do not use anti-DDoS protection because they believe an attack won’t happen to them. However, almost any type of Internet-connected device (e.g. Internet of Things [IoT] devices, smartphones, personal computers, and powerful servers) can be a potential DDoS resource, so it is essential to have a comprehensive solution to protect your business.

Given the evolving complexity of DDoS attacks, businesses must be proactive rather than reactive with their cybersecurity strategies to outpace cybercriminals. This means having a secure protective infrastructure and a battle plan to minimize threats.

A multi-level protection strategy offered by your Internet Service Provider (ISP) is the best place to turn for DDoS protection. It is the closest safety measure you can take to getting fully protected, and therefore can be “inline” with the attack. Choosing your ISP to protect against these attacks means that the timeliness of the protection should be so fast that during attack mitigation, applications like VoIP phone calls and VPN tunnels will continue to operate without any noticeable impact on your business.